Car Seat Back Testing Gets an F

The National Highway Traffic Safety Administration (NHTSA) standards for car seat backs have not changed since 1967, when cars were built much stronger and roomier. These standards are weak and allow even the flimsiest seats to pass their tests.

In addition, as discussed recently on Fox 11 News Los Angeles in their report titled The Dangers of Defective Car Seatbacks Exposed, car seat back testing is insufficient and does not represent real-world scenarios. Testing standards do not put car seat backs through a rigorous battery of scenarios. Seat belts, air bags, and roofs all have a minimum level of safety that must be achieved before the NHTSA will approve them for use. There is no such test for car seat backs.

NHTSA tests dramatically illustrate how a front seat may collapse in a rear-impact car crash and still meet the performance requirements of Federal Motor Vehicle Safety Standards (FMVSS) 207. GM, Ford, and other U.S. car companies, are aware that their car seats will collapse in rear-end crashes where the cars are traveling at speeds as little as 20 mph.

When a car seat collapses, the occupant may be thrust into the back seat of the vehicle. The passenger's head may strike the back seat, or other occupants, and cause severe injuries to everyone involved. Many children have died as a result of internal injuries when the front seat passenger's head rammed into their small bodies.

The goal for car makers is to design vehicles that enhance passenger safety, not ones that create or aggravate injuries when involved in a car crash. If your car is involved in a front- or side-impact crash, your forward movement is stopped by your seat belt and your car's air bags. Assuming both are working properly, if you are hit from behind, there is nothing to stop your body from flying backward. Your head could strike the back seat, you could slip out of your safety harness, or you could snap your neck from being thrown around the car.

Car seats that keep occupants in an upright position will prevent most head and spinal cord injuries. If the car seat back collapses, the occupant can be ejected or lose control of the vehicle and be exposed to otherwise avoidable multiple injuries. The occupant can also be hurled into the vehicle's rigid interior structures or other occupants.

The collapsed car seat back can make it difficult for crash victims to get out of the car, an especially hazardous defect when a fuel system has ruptured and a vehicle is on fire. In real world, low-speed, rear-impact crashes, flimsy car seat backs have failed to provide adequate protection. Fully investigated "fender bender" cases dramatically demonstrate that car seat back failures in low-impact accidents have resulted in severe or fatal injuries. Poorly designed adjustable head restraints add to the hazard because they can be adjusted to lie flush with the top of the seat back, allowing the occupant's heads to pivot over the headrest. This can cause severe spinal injury that could lead to paraplegia and quadriplegia.

The best-known car seat back designs are in the Chrysler Sebring convertible and the Mercedes SL series convertibles. Both vehicles have front seats that are strong, and remain upright in rear-end collisions. There is also no increase in injury due to whiplash from stiff seats. The risk of whiplash is often the reason auto manufacturers claim they should not change the designs of their car seats. They claim that if they make them more solid, it will increase whiplash incidents. 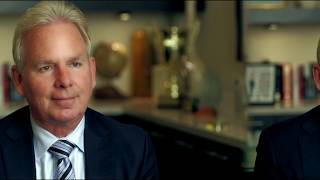 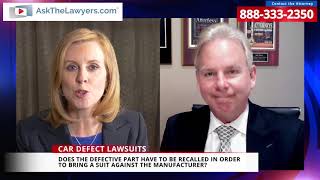 “After a bad accident, we were lost on how to handle the insurance agents, the paperwork involved and the claims representatives. We contacted Bisnar Chase and they took care of everything. It gave us the peace of mind we needed to heal. I am very impressed with their level of professionalism and their compassion. We definitely recommend Bisnar Chase.”

“I knew Bisnar Chase would help me. Your law firm is excellent and makes me wish I could work there!”